The 6th Annual basis.point Corporate Golf Challenge was held in Milltown Golf Club on Friday 7 September 2018. With increased numbers again this year, the event has quickly established itself as one of the main social events for the Irish Funds industry. With nearly 200 golfers partaking, competition was strong, and in contrast to last year the sun came out to join in the fun! 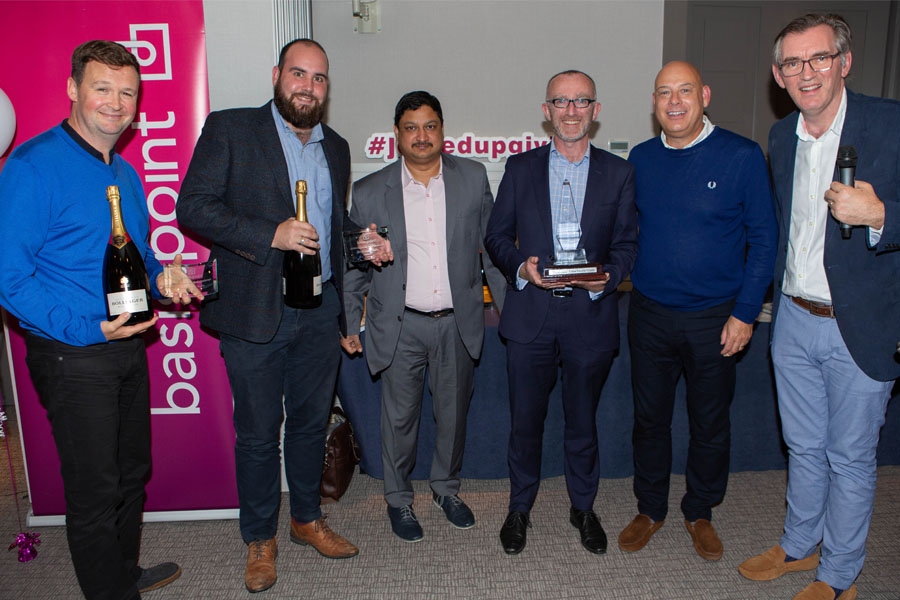 With over 36 teams playing throughout the day, Milltown Golf Course was a busy spot with all of our investment funds industry professionals playing for the much sought after Cathal Lavelle Trophy. 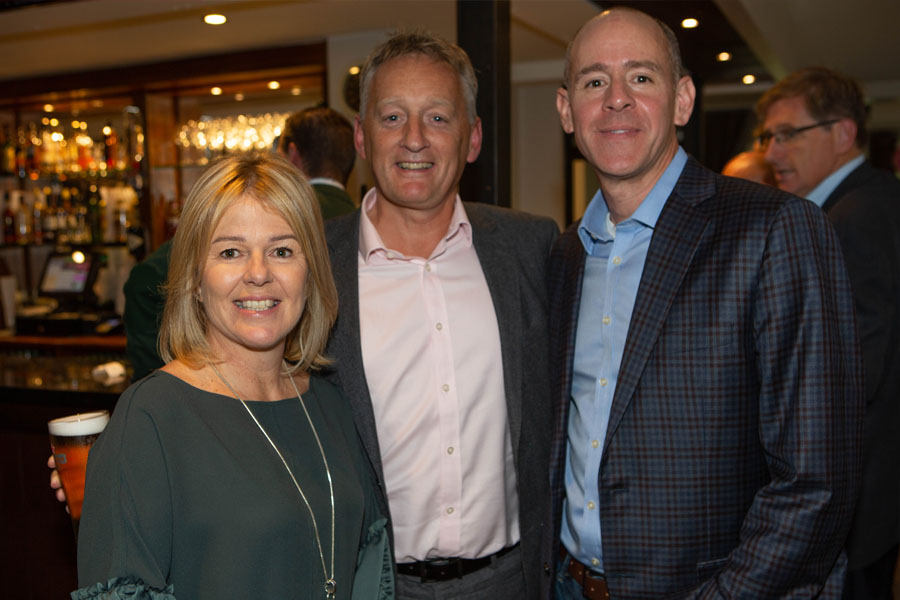 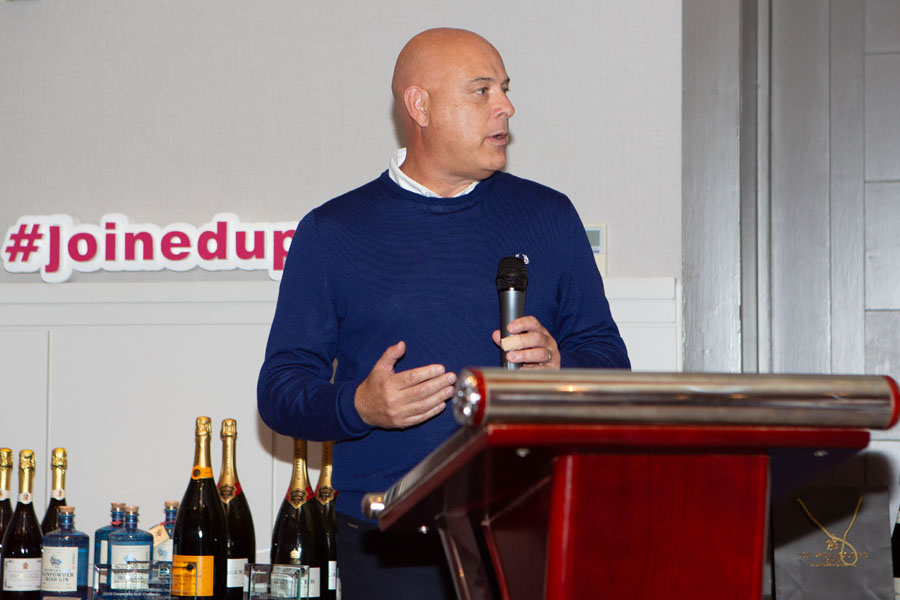 This year, basis.point was absolutely delighted to welcome the very generous 3-year sponsorship of the delicious Challenge Lunch committed to by The Panel Search & Selection.

The Panel has been a dedicated Patron of basis.point over the years, and has always been extremely supportive of our hard work, so we would like to extend a huge thank you to The Panel and in particular, Anne Keys.

We continued our popular ‘Pay the Driver’ feature on the 17th hole where for a small contribution to basis.point, our golfers could have the boys from Blackrock College take their drives and there were few who were disappointed with the result!

Before our ravenous golfers were fed a delicious evening barbeque by Milltown, Eimear Cowhey, Chairperson of basis.point, addressed the packed room and spoke briefly about the work of basis.point particularly mentioning the six basis.point grantees who deliver educational programmes in Dublin, Limerick and Cork.

She also mentioned the successful Supporter Programme which basis.point successfully launched earlier this year which requires a commitment of €250 per year. She encouraged individuals who had not yet signed up to this to consider doing so.

Having completed her 2 years at the helm of basis.point as Chairperson, Eimear announced and welcomed as the incoming Chairperson, fellow board member Clive Bellows. Clive heads up Northern Trust in Ireland and has been extremely involved and supportive of basis.point’s work from the very beginning. 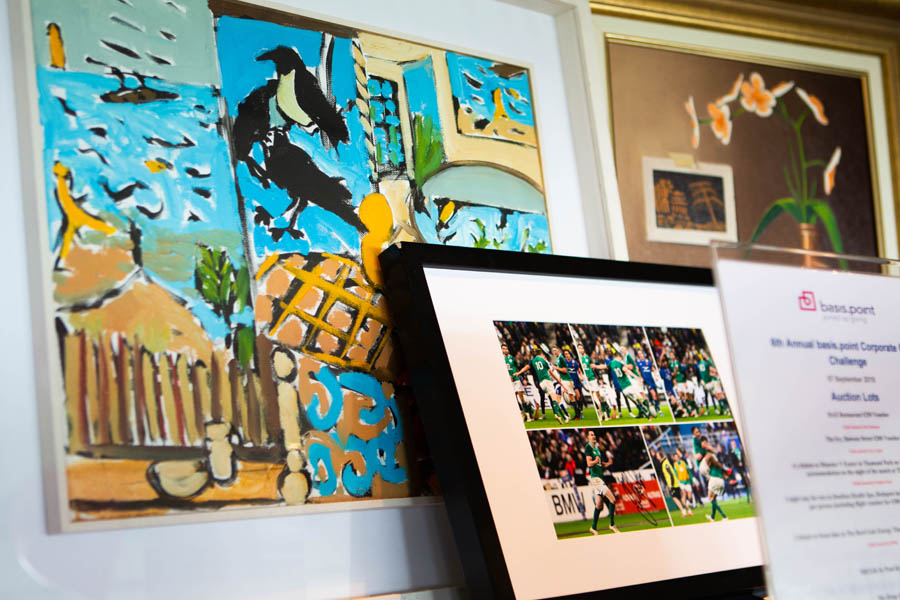 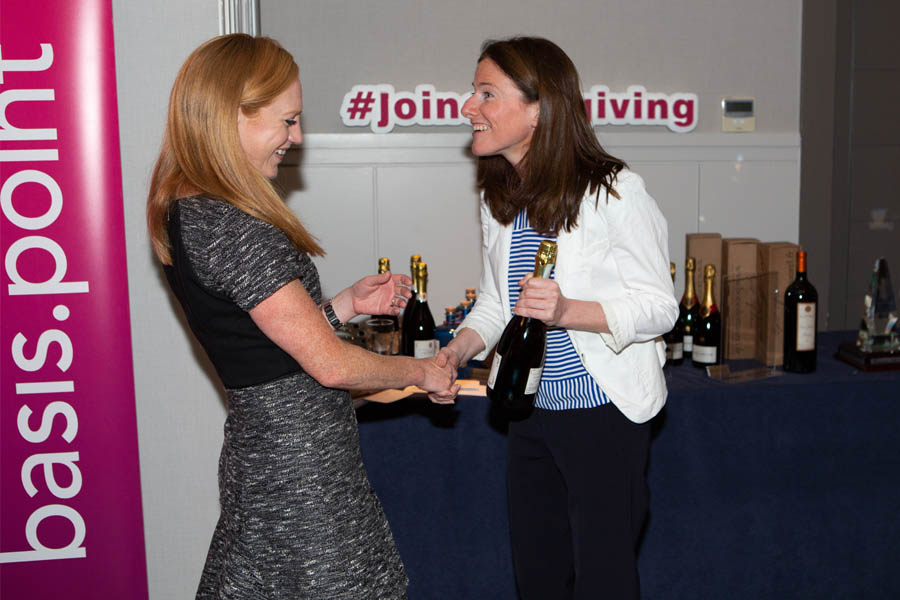 We’re delighted that Eimear will remain a valued Board member of basis.point and will stay heavily involved in the work of basis.point.

We’d like to thank Eimear for her tremendous hard work and commitment to basis.point as Chairperson for the last 2 years.

Following a delectable dinner we saw the return of the infamous Sean Buckley. Sean ran the auction with vigour, charisma and of course humour and yet again had the room in the palm of his hand.

We hope our winning bidders appreciated their purchases which included some beautiful timeless paintings and in-demand ballet and rugby tickets.

Last but not least, Declan O’Sullivan presented the prizes. Caceis, captained by Gordon Gibson, was the winning team with a great score of 91 points and received the Cathal Lavelle Trophy.

MUFG, KPMG and ML Capital followed in 2nd, 3rd and 4th with scores of 90, 89 and 88 respectively. The Promoters Prize went one again to Artisan Partners members of whom had travelled from Milwaukee and San Francisco and who have already said they will be returning next year.

Thank you to all our golfers on the day, to Milltown Golf Course and of course to all our basis.point golf organizing committee and volunteers, who assisted in making it yet again another great day and helped raise much needed funds for our grantees and beneficiaries.