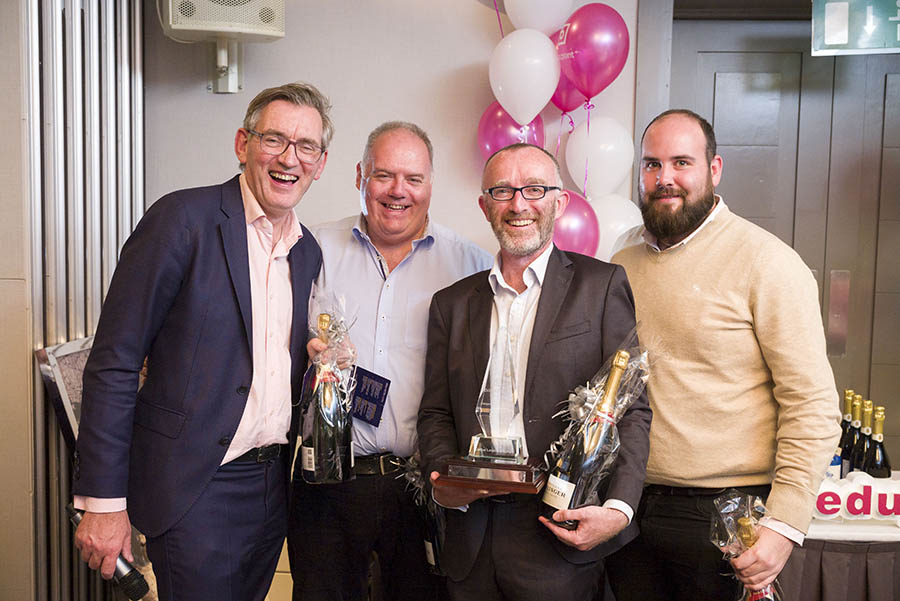 Top spot for Caceis as they win the Cathal Lavelle Trophy!

Almost one hundred and fifty, would be golfing stars of the Irish Funds Industry, joined us in Milltown Golf Club for the 7th Annual basis.point Golf Outing. Duff and Phelps, looking to challenge for the Cathal Lavelle Trophy, were hoping their recent sponsorship deal with PGA pro Gary Woodland, would inspire and lift their performance! Not to be outdone, Aquest had engaged the help of club pro, Leo Hynes from Killiney Golf Club and shared his tips in a pre-event podcast! It promised to be a great competition!

Defending champions Caceis had made one change to their team in advance of the competition. The championship was theirs to take, as the team hit the ground running with 48 points in their front nine, assisted by two magnificent birdies on the par 3 and a welcome 7 points. But could they hold it together? 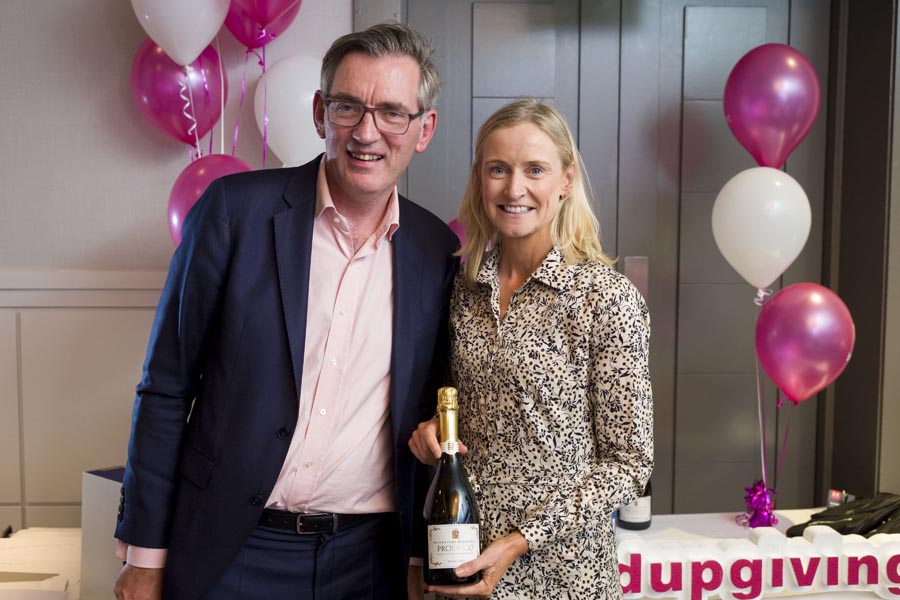 Keith Parker was to set pulses racing in Link Asset Management, with a superb eagle on the Par 5, fourteenth hole. And our corporate sponsor, The Panel demonstrated their proficiency at hitting targets, with Anne Keys and Orna Daly taking both Nearest the Pins in the ladies’ division. The opportunity to avail of a drive from the single figure handicappers from Blackrock College, was a tempting option for many. A quick glance through the cards revealed that on balance, it was worth the money!

Before the meal Bob Semple Chairman of our charity partner Suas, shared some insights into the inadequate numerical skills of young people today. Thanks to your support and in partnership with basis.point, Suas are hoping to combat this. Initially working with band 1 DEIS schools and children, who all too often are at a disadvantage, we are rolling out the numeracy programme countrywide. We share their hope that in years to come, we will see kids taking up roles within our industry, having been inspired by the ‘Power of 2’ programme. 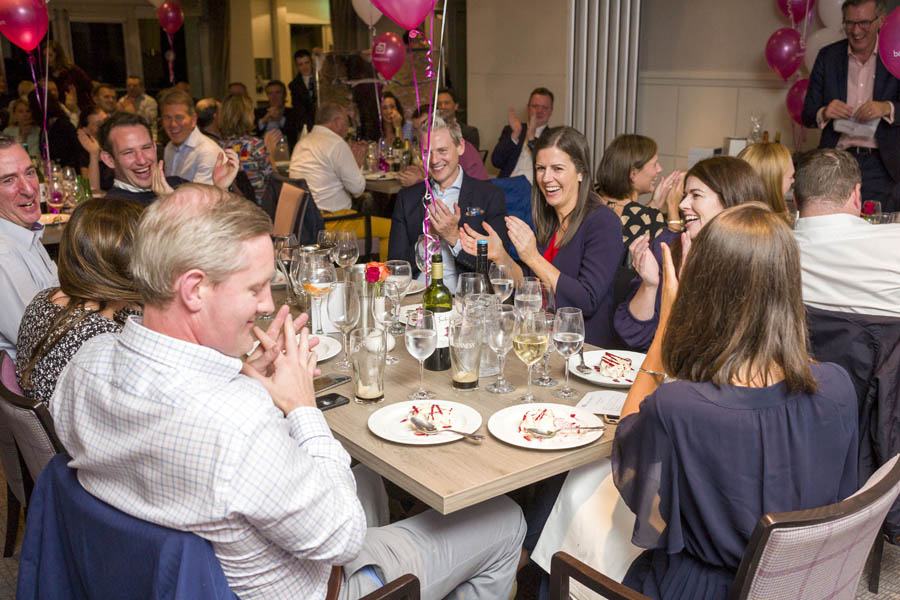 For many of us it was a delight to have the opportunity to be entertained after dinner, by celebrity auctioneer Sean Buckley. Having closed the door earlier this year to Buckley’s Auction House, which had become a Dublin institution, it was a rare treat and pleasure to see Sean in full flow once again. We would like to thank Sean for his continued support of basis.point, and for his immutable ability to encourage generosity amongst his audience.

Tight margins are a familiar story in this sector and the golf proved no different. The battle for the Cathal Lavelle Trophy was closer than ever this year, with the top 6 teams separated by a single point. Gordon Gibson, Caceis team captain, on returning the trophy, had informed Declan O’Sullivan that it was only being returned on loan. And so, it was to be! No change at the top, Caceis, with a winning score of 89 points lifted high the Cathal Lavelle Trophy. 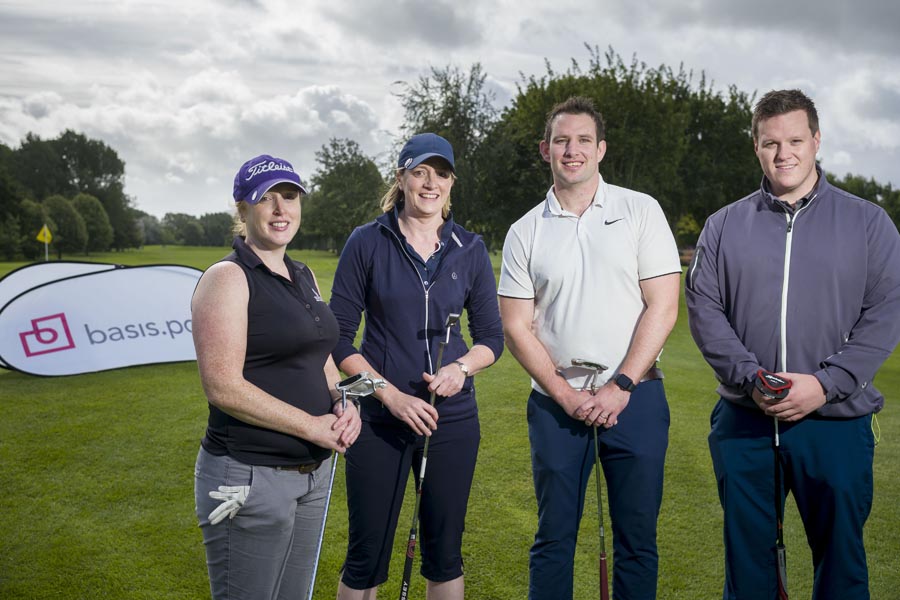 The five teams tied on 88 points, simply couldn’t find that extra point needed to climb into the top spot. MUFG, Arthur Cox, Link Asset Management, Fund Assist (2) and Matheson (2) all came in, just one point off the leaders. A strong team performance from Artisan Partners (2), made their trip from Milwaukee and San Francisco worthwhile, and they were the worthy winners of our Promoters Prize.

Thank you to all the golfers for playing the game in such great spirit, to Milltown Golf Course for welcoming us to their magnificent club, to our sponsor The Panel for the wonderful golfers’ lunch, to Bob Semple and Sean Buckley for entertaining us after dinner and of course to the Blackrock College volunteers, who assisted in making it yet again another great day.

As we look to 2020, Caceis will be looking for the never been done, 3 in a row and the team from MUFG will be hoping that it isn’t a case of twice bridesmaid never a bride! The challenge is set. We look forward to welcoming you again next year!