basis.point supporters front and central in the inaugural Battle of the Firms Table Quiz! 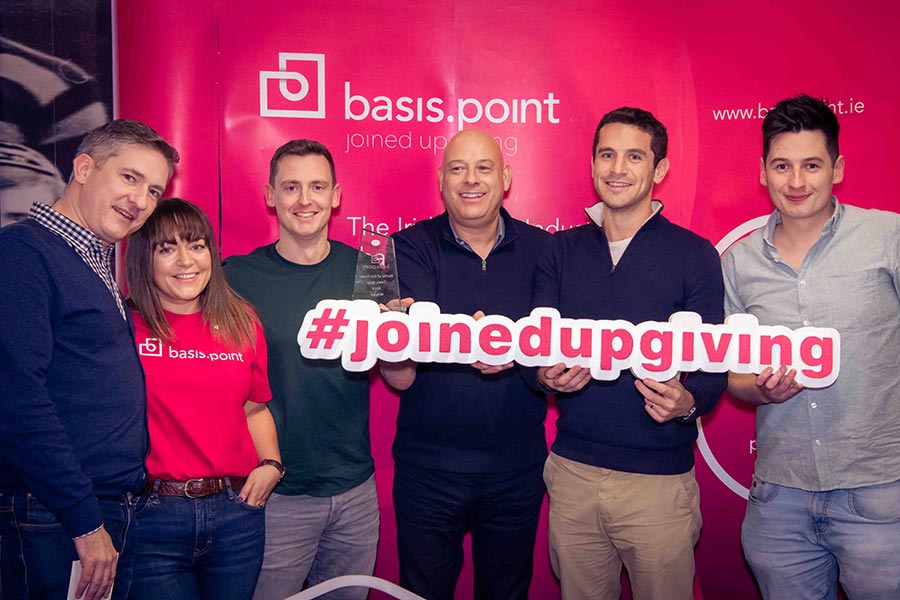 It was a coming of age event for the basis.point Supporters Committee as they hosted their first networking event, the inaugural basis.point Battle of the Firms Table Quiz. In a fitting finale, Maples narrowly clinched the title of Smartest Team in Town from Northern Trust and Blackrock, raising the trophy high! 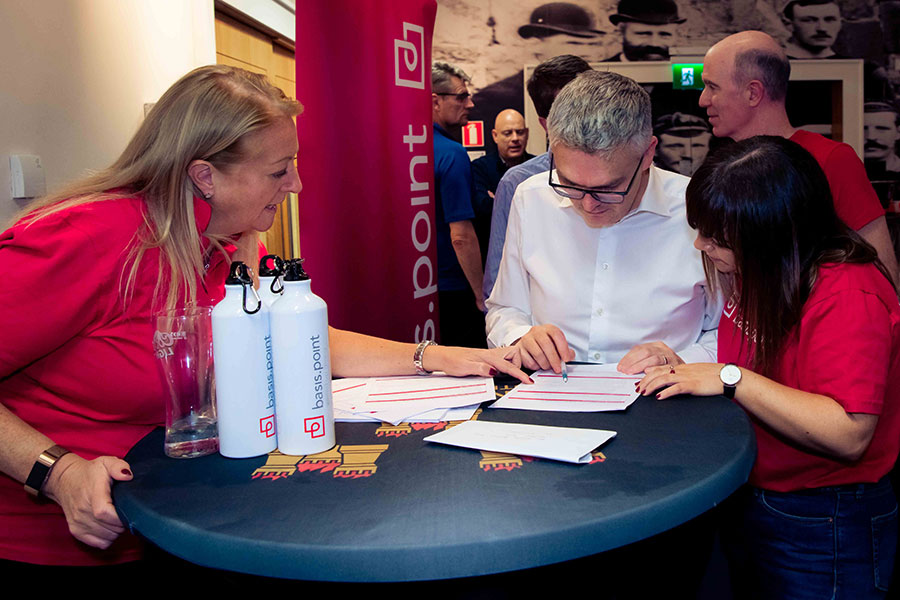 Almost 150 professionals from the Irish Funds Sector gathered at Lansdowne Football Club, not only to do battle to win the ultimate Battle of the Firms trophy, but more importantly to get involved with basis.point, the charity established by leaders within the industry, for the industry.

And whilst Maples were crowned the eventual winners of the Battle of the Firms, what really shone through on the night, was the power of teamwork and industry colleagues working together as a sector for the greater good of educationally disadvantaged children.

Inspired by the impactful words of John Logue, CEO of our charity partner, Suas, and the swell of goodwill in the room, our supporter sign-up table, was a hub of activity throughout the evening.

Thank you for sharing our aim of offering every child an opportunity to master basic numeracy skills, enabling them to fully engage with the school education system and ultimately to cope with everyday numerical situations.

Sean Buckley did a wonderful job of keeping the boisterous crowd under control. The basis.point round was the top performing round, suggesting that everyone in the room shared an interest in helping disadvantaged kids or that they had taken heed of the insiders’ tip in the pre event mailing! 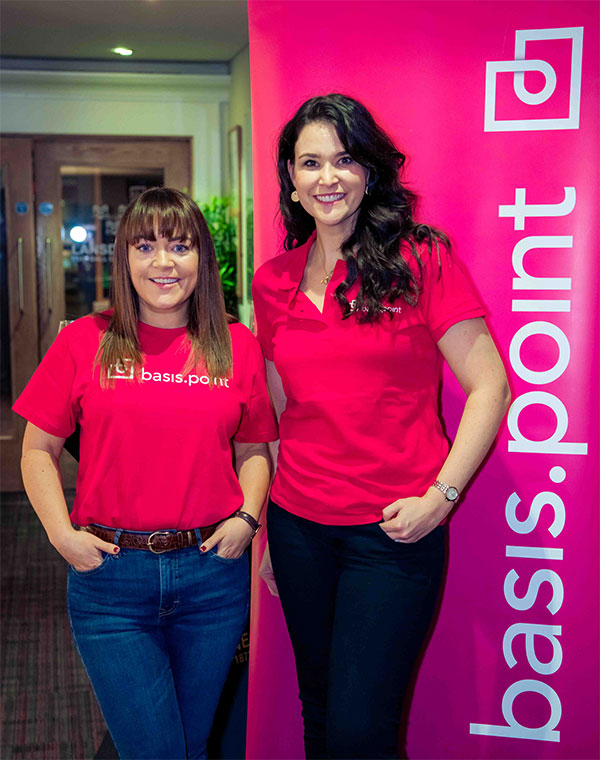 Not surprisingly, the Brexit round, was a close second. Culture was clearly not a hot topic, with weak performances from most teams in Music and Films and the Picture Round.

Sincere thanks to the organizing supporters committee, chaired by Eoin Fitzgerald. On this occasion the event was championed by Marion Mellett of William Fry and Michelle Diamond Kelly of Northern Trust, who had gathered together their support team and fellow committee members, Barry McGuire, Ciaran Whooley, Gavin Nangle, Lassie Mulligan, Natasha Haugh, Peter Kane, Shay Lydon and Jeremy Humphries, ensuring the event went off seamlessly.

The basis.point supporters committee, is a dynamic group of volunteers from firms within the sector who are committed to changing the lives of disadvantaged children through education. They have a number of networking events in the pipeline so keep an eye on our LinkedIn and Twitter pages.

Thanks to all our sponsors Brown Brothers Harriman, BNY Mellon, Carne Group, Citco, Davy, Matheson, Northern Trust, RBC, State Street and William Fry and also to Lansdowne Football Club for hosting us on the night.

For an evening’s entertainment, you could do worse than challenge the brain cells, all in the name of a good cause! Book early for next year!

basis.point Battle of the Firms Virtual Table Quiz unites the industry in some healthy rivalry
December 7, 2020

Royal Bank of Canada renew their partnership with basis.point and continue to inspire children to engage with STEM subjects by introducing them to coding at an early age.
November 16, 2020